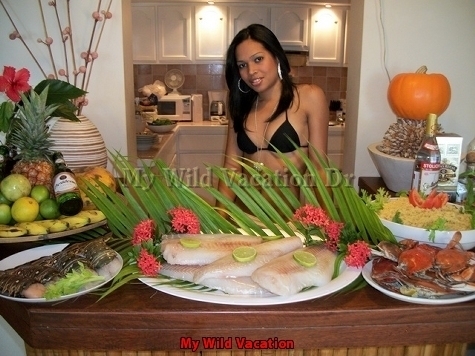 We have 16 girls here at the villa this weekend.  John (Woodeye), Jeep ( Senor Suave), and I are sitting here at the big table in the solarium having breakfast. And we are planning a party for the girls so they can try on some halloween costumes and design their makeup for next weeks festivities. Everyone knows that we will have 8 guests in 2 villas, and at least 2 dozen companions for the week. There are some extra special prizes for some of the contests and the girls will be competing to see who is the most beautiful , the sexiest, and the most provocative. And the fun really starts in earnest this week. A detailed account will be included in the next newsletter.
But before that,  I want to tell you about some of the news here for the last couple of months.
Dave and Dave (the 2 Daves) were here from Michigan. And they had the times of their lives. When you come to villa with a friend ( friends) it just amplifies the experience. Exponential fun factor it is called.  It was like having “Mike and Mike” at the villas for a few days, but definitely X rated.  At one time we were talking about sports and not women and David S words now seem prophetic. He said, “Watch out for Detroit in the post season.” Baseball or football?
Alan (Bomba) was here another week and had to “tough it out” after a disappointing last minute cancellation from another fireman. But he had good company from the other guests and all of the girls that were here. Bomba told me that he did not think that it would ever be possible for 4 girls to gang rape a guy, but it happened to him here at the villa .  But he’s not complaining , he said.
Aaron (called Grandote by the chicas) was here for a week in August, having escaped from Los Angeles. He is a true water man and spent hours in the pool and the ocean. He said that he loves to free dive, deep diving (usually spearfishing) in the ocean without scuba tanks. But he became known at the villas as the MWV Muff Diving Champion…..Hmmm. I now remember that the question was asked once before, “Is it truly MUFF diving if the girls are all clean shaven?”
Rocket Rod was here from Miami.  He is a medical tech / amateur tennis champion in his 50’s. I gave him the nickname Rocket Rod. But when I did he laughed and asked me, “Are we really that old, that we remember Rocket Rod Laver, the Australian tennis pro from the 1970’s ?” My response, as always, to any friend’s comments about age ” You are only as old as the women you feel.” Rod laughed and told me that he was sent here to the MWV villas as a scout for a group of friends who were not quite sure that this place was for real.  He left the next day after hugs and kisses from all the girls saying goodbye and told me on the way to the airport, “I’ll be back soon with  my friends”. Ah yes, the promise of another group reservation…. 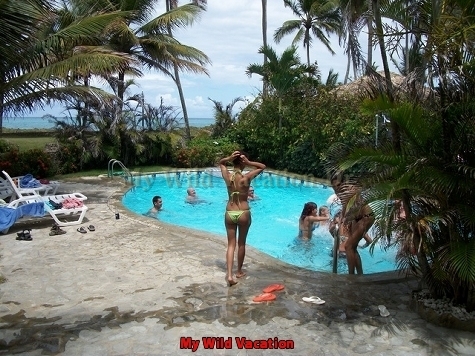 Justin (Tatter) and Tim (John Senna) were here in August and partied like “it was 1999. ” But they were both probably only 15 years old in 1999. Young guys but with class and a lot of fun to have here at the villas. I think they met there their match with these Dominican girls.
Ryan, Brian, Sal, and Wyn each came last month and then rebooked a return trip before they left the villas. We look forward to seeing them all here again.
Dirk was here at the villas . Taking a vacation in the off season and monitoring the negotiations for the NBA lock out. He came for a few days to celebrate his birthday. He said that everything here was just as he had wanted. He had the beach villa all to himself, with just the company of 8 beautiful , sexy companions, and the beauty of it is that not one really realized who this big guy was. Just that he was alot of fun. We hope that the lock out ends soon, Dirk, and the Mavs are back in the hunt for the championship.
This is (was) the hurricane season that has just passed. And we had one minimal hurricane (Irene) here on the north coast of the DR (the south coast near Santo Domingo, Boca Chica and Juan Dolio sees them frequently).  Irene was minimal (lots of rain) but it was JUST enough to disrupt (by one day) my travel plans coming back from Florida, and the travel plans of 2 other guests, Brian (Bond 007) and Eric (Rum Reserve.) But when we arrived at the villa the sun was out and the girls were all waiting for us in the pool. It sure is good to be “home” again. LOL.
Little did the girls know what was in store for the next 3 weeks. Three weeks of crazy fun. Rum Reserve learned from Day 1 that your vacation is truly as fun as you make it. Patron tequila, naked pool parties, jeep safaris, and excursions nightly to the beach clubs. Brain stayed only a few days (it was all of the time that he could get away from his high pressure management position) but he said that he wished he could have stayed longer. And he made a reservation to return New Years week before he even left the villas for the airport. Jerome  (Smiley) was here for a week and enjoyed the benefits of being Rum Reserve’s wing man. Jose was here for a few days. Just long enough to fall in love. But he escaped without buying a ring or promising to apply for a visa to take his new love back to the states.
Well that’s the news. At least what my brain can recall right now. You know how it is some afternoons. It is 5 o’clock and time for another bloody mary. The Grey Goose is gone (there must be a hole in the bottom of that bottle) but Stoli will have to suffice. I can smell something delicious cooking in the villa’s kitchen. I think that I will amble in and take a peek at what Ada (our cook) is preparing for dinner.  But I need to dry off first, because she doesn’t like it when I “track up” her kitchen after coming in from the beach. Well amigos ciao for now and hope to see you here at the beach villas sometime this winter.
Cheers, Thomas
Side Note : I was sitting at the big solarium table a while back, jotting down some notes and Wyn was at the table with me. I was drafting the closing comments to my newsletter with a favorite vignette from Buffet ( Warren or Jimmy ?) that goes like “It’s time to see the world and kiss some girls”.   But Wyn , in his thick British accent said, “Better yet,  kiss some tarts and break some hearts.” I said,  “Brilliant , Mate”.
by : magnum
comment : 0 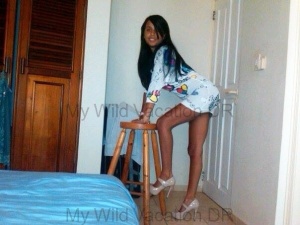