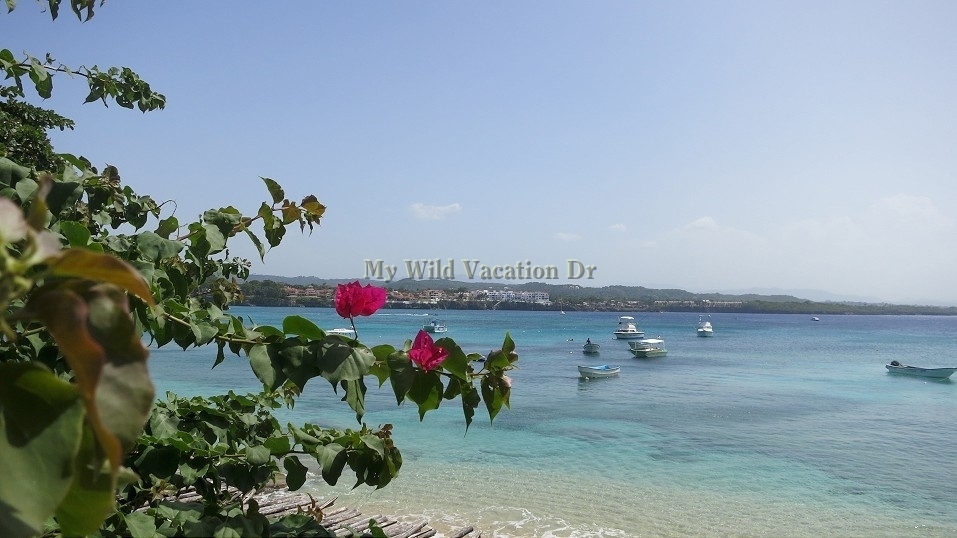 Write a review on your trip to the villa

What  our customers Reviews are saying about us? Please read our Reviews, we take pride in delivering everything we say and more.

Create your own review
MyWildVacationDR.com
Average rating:   14 reviews
John Naymie
by John Naymie
Just back from my fourth visit

Like most people I always had my fantasies. I never thought they would ever become reality until I came here. At MWV all of my fantasies and more became reality. The girls are the best. They are all very beautiful and genuinely want you to have a good time. Political correctness is not allowed here. A lot goes on here that would never happen any where else. I have a lot of good stories and memories that I choose to keep to myself. If you want the stories you have to go and make your own. That is a lot more fun than reading mine. This place is the real deal.

There are also some very nice excursions that are a lot of fun. I call this the happiest place on earth. Until the next time.

This is my 1st visit with this resort. I've been to other countries for similar interests. This one was the best experience I've ever had. All the girls have their own special attributes. Everyone is extremely kind. It is shown that your interests are priority. Indiana runs the show. She was very helpful and considerate with anything i needed. This is the perfect spot for bachelor parties! Im planning on having my brother's there. Special thanks to the veteran i shared my villa with. "You the man john!" Also, huge thanks to Fatima, Massiel, Peppa, Maria, Anna, Hacey, Melony and Scarlett. You girls made my experience a dream! I'll be back for more quads on the beach and screaming "siete pollo!" ASAP! If your on the fence about the idea... DO IT! You will not regret any of it!

Imagine you get your favorite cake on your birthday. You enjoy your first piece so you decide to have another. Now EAT THE WHOLE CAKE! This was one of the best things I've ever done. The girls are unbelievable. The system was set up to meet as many girls as you want. Some girls you have a connection with and other girls just make your fantasies come true. The only change I would make is to rent a scooter and have one of the girls take me on a tour of the island. The whole experience reminds me of an episode of "Friends". Joey and Chandler get cable hooked up and accidentally get free porn. The don't want to turn it off because they think they will not get it back. So they watch it for several days. Eventually they have to run errands in the real world. Joey runs to the bank and chandler run to the Cleaners. When they get back they are confused as to why the girl at the bank and the cleaners didn't want to sleep with them. The day I got back to the real world I went to the mall. I got slapped 3 times when I asked the hot chicas if they want to go "Fucky Fucky". Thanks Thomas Thanks Carolina,Yosie,Angelica,BeeBee.

Wow! The whole experience was way better and more fun than I could imagine. I was getting over a separation from a 9 month marriage to a very toxic woman. This trip was the PERFECT remedy for that. I enjoyed every moment and detached completely from life back home.

It was just what the doctor ordered and I will repeat as necessary.

I will definitely be back very soon. Hopefully in January.

I still have the biggest smile on my face I have ever had. My face hurt for a few days because of all the laughing at all that happened. It was wild and crazy. I loved every moment of it.

From my very first email to Thomas to the moment he dropped me off at the airport for my return flight this vacation has been top shelf in every aspect. All claims and promises made, not only fulfilled but exceeded my expectations. Accommodations, Food and Drinks, Entertainment and Companionship are not only plentiful and available at any time without asking, I got to enjoy all of it never feeling like I was a guest, but always welcomed with smiles and open arms and I felt like a good friend on a repeat visit. This however was my first visit - the first of many more.

To sum it all up; If you want to experience heaven before actually crossing the rainbow bridge - book your trip - it is an experience you do not want to miss. If you book your trip because of my testimonial, I guarantee, you will be thanking me forever!!

Patrick aka The Horse Whisperer

Can't say enough about Thomas and MWV. Outstanding host, and the girls...well they are in a league of there own.

Thomas makes you feel like you've known him all your life. The girls are beautiful, funny, smart, and....oh did I say beautiful? And with Bomba and Fatima setting the social calendar....well, let's just say throw expectations out the window...

Do yourself a favor...go as soon as you can...just remember to leave your inhibitions at home!

Spent a week in April 2015, heading back in October

Let me start by saying everything was exactly as Thomas and Mia said it would be; the villas, the food, the drinks and the ladies. There were no surprises, no up-charges, no gee, this is going to cost extra. It was great to deal with honest, straight-forward people.

Well, it's been 2 weeks since I left the villa and I have just caught up on my sleep. This was my first trip to MWV. I arrived Aug 27, (the start of pirates week) and was there for 6 nights. Senorswanky was there and Grande arrived the next night. There were 7 chicas (check out Swanky's pics) there at the start and 10 by the time I left. I did my best to spend time with everyone, (almost made it) but had my favorites and found myself spending more time with them. I have to say all the girls were friendly, outgoing and had a sense of humor. (especially when Yosi woke up all the girls at 1 AM and told them there was a $100 prize for the best pole dancer. All the chicas came running half asleep only to find out they were pranked. They were all such good sports the guys offered a little bonus to all that showed up) That same night Swanky, Grande, myself and 3 chicas had a few too many shots of tequila and memory says more than 1 person ended up naked in the pool. (no names to protect the innocent) I'm not going to go into the bedroom details, but let's just say all the girls knew why they were there. I had fun with all of them!!! In addition to hanging out at the villa I managed to do the ATV excursion with 5 or 6 chicas which included taking the boat across the inlet to the restaurant. (I think it's called Wilson's) Everybody enjoyed the fresh crab and lobster. I also spent a couple evenings (with 6 chicas) eating out at the beach front restaurants in Cabarete and one night found our way to the Sosua casino. I don't think we had any winners in the group but we had a blast! The food at the villa was good especially after Bart arrived a few days into my stay. Thomas, along with the rest of the staff were very accommodating and helpful. There were many other fun moments in and out of the bedroom. (Too many to mention here) Will certainly do my best to find my way back to MWV.

DT
by DT
Looking Forward to my next Trip in May

I'm looking forward to my return in May. And now

time until then. I noticed some new pics on web site.

It took me a few

minutes to realize it was the ones Carlos had taken.

dress, and I thought to myself " wonder who the lucky guy is

(the shirt gave it away)

I remember that great

night up to that point. And then I got into some turbo charged

mojitos …then no memory until the next morning .Ha !

What a vacation! Thanks again for everything. See you in May. D.T.

TMR
by TMR
Everyone must do this once,or maybe 10 times,in their life.

Unbelievable 4 days. Don't have words. One of the best trips of my life. Exceeded expectations by mile.

Photo of the Day 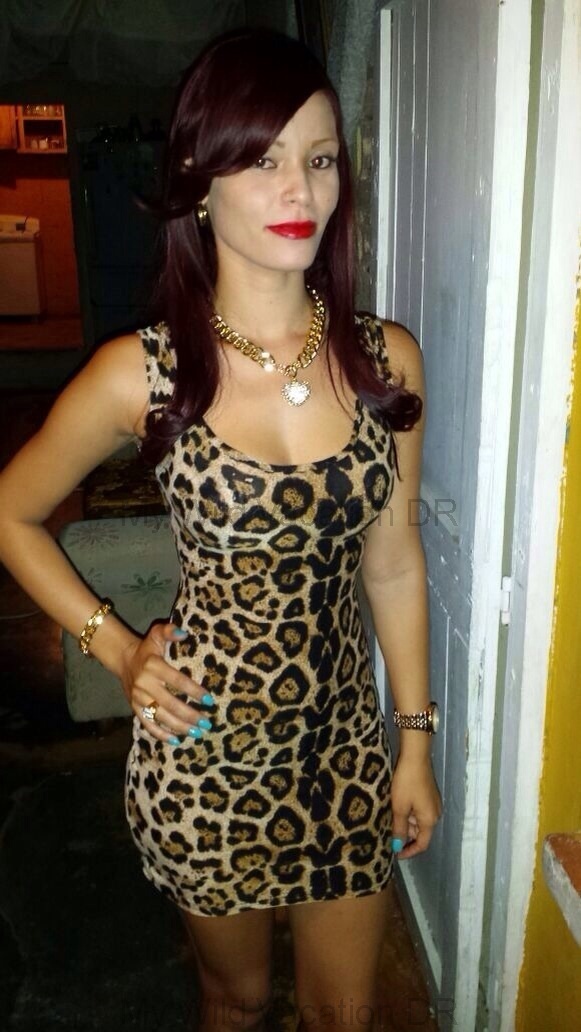 We Email out hundreds of newsletters and important up dates every month. But we always have returned as undeliverable 20 to 30 per month. So MAKE SURE that your Email address with us is correct.

Adult Vacations At My Wild Vacation

My Wild Vacation is the best choice for GFE vacations Adult Vacations in the Caribbean. We offer the most stunning exotic girls that the Dominican Republic has to offer providing a true girlfriend experience.

A Trip To Wilsons Bar and Restaurant
986 views