It is 1:00 AM and we are here at the beach club in Cabarete Beach. We are having a goodbye party for a special guest who is leaving now with Joel for the ride to Santiago airport to catch his 4 AM flight to Boston.. Charlie (Carlos) has tried his best to condense a full week of excursions and pardees into a long weekend vacation ( 3 days). NOTE any similarity of our guest to Charlie Sheen is entirely coincidental. He even had his bags packed and loaded into Joel’s van so that he could go straight from the beach party at the club to the airport. Squeezing the last hours and minutes out of a very fun weekend, before returning to “reality”.
I have only seen two people that can “max out” their vacation experience like that. Charlie, and (Loco For Toto) . Bomba. 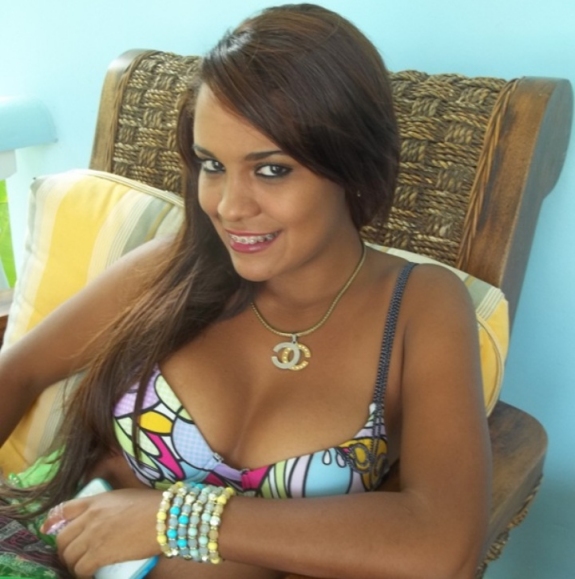 Our recommended music for Valentines this year from Onos Beach Club is :

But the new club music is spot on for Valentines this year. Enjoy it on Pandora. Have a couple of drinks. Pretend you are here.

Working backwards LIFO in order,, Super Bowl Week was a blast here at the villas. We had one last minute cancellation, but the other guests had a great week. Condolences to our late cancellation that stayed in Chicago . The air temp here at game time was 82 F. And the pool temp 82 F

Two of our guests were Denver Broncos fans. And with the Seattle Seahawks already in control at halftime, it could have put a crimp on the festivities. But the girls were not going to let that happen. So at halftime we had our own special halftime show. With the girls stripping and dancing naked on the tables. Some of the girls left nothing to the imagination. . And the party rocked. We almost forgot about the second half of the game. The party was so much fun. Everyone left after the week “very happy campers”. It wasn’t a week where the just the Seattle Seahawks won. Everyone at the villas were winners.

At the end of January we received some good news about our purchase of a new oceanfront 9 bedroom villa. According to our lawyers the court has found in our favor and we are ” 98% there” for delivery of the villa into our hands soon. And talking about villas and venue for resorts, “Bigger is not always better”. In our 14 years in the adult and adventure vacation business we have found that too many guests and too many girls can “take something away from the vacation experience”. That is why we have NEVER put our guests up in hotels ( even small ones) or all inclusive resorts with other tourists.

There is some wisdom in the “Goldilocks Principle”. This one is too small, this one is too big, but this one ios just right. One of our guests, the president of a large FORTUNE 500 company once told me, ” I spend the whole year traveling for my business, and I stay in hotels all of the time. When I am on vacation , the LAST place that I want to stay is in a hotel. Your villas are perfect. ”

We had one guest in January that was here on his first visit to our Marbella Villa. He told me that he had been to our villas on Margarita Island, and

to our Beachcomber Villa here on the North Coast. But he said that our Marbella Villa was the best yet. Total luxury, oceanfront, with the most exotic and fun companions he had seen anywhere. And best of all, a superb well stocked bar with no bar bills. Open bar. What a place !
Working our way back to the December holidays we have to say that they were the best Christmas and New Years we have had here at the villas in recent memory. “Special holidays require a special setting with special friends”. And that is what we have here at the Marbella.

During the holidays we had Andy, Texas Tommy, Mark (called Marco by the girls), and Ken (who was here looking for his Barbie). But Alexandra was not here in the month of December. LOL. But he found plenty of playmates here that were “anatomically correct”.
We missed Menem who had to cancel because of some family health issues. But fortunately he was here in October for Halloween.

Jose was here from Europe to study and get his scuba diving PADI certification. It was the supreme diving experience for him. Excellent reef diving during the days off the clear waters of Sosua. And some super muff diving at the villas in the evening. But it makes one ask , “Is it possible to get the” bends” ( nitrogen narcosis) from too much muff diving ? And how long does “villas decompression” take afterwards ?

We had other guests here in early January of honorable mention. Sandman was here again to take a break from his demanding medical practice.

And Dan ( Senior Swanky) was here ( on his first visit) just long enough to fall in love a few times. And he “broke” one of the girls, Diana. She was here for 12 hours before heading home. It reminds me of a few years back when PICA broke one that had been here for only a few hours. Three hours to be exact, and it set a villas record that still holds. So, go easy guys. I know you are excited, but go easy.

We have had some good excursions in the past few months. The fishing on the 48 ft ANGELINA has been excellent. One trip netted 28 mahi mahi and onos (the Hawaiian name for wahoo). 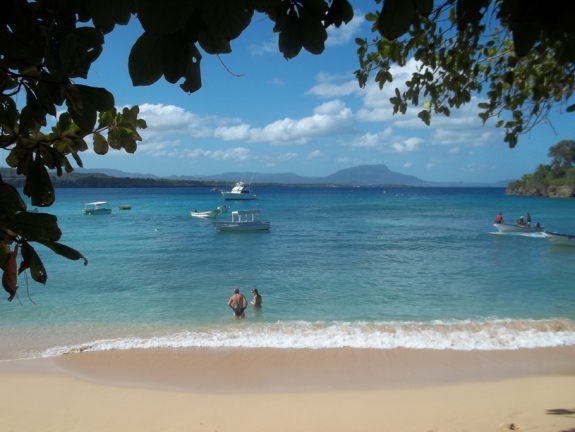 Wilson’s Castaways Bar has been busy also. We have done our share to make his new place at LA BOCA INLET a success. The last trip there ( 2 days ago) some of the girls had not been on the boat to cross the inlet to the bar. And they were a little frightened. But on the return trip back , after some famous pina coladas and coco locos, they were asking to drive the boat! What a wonderful thing RUM is.

We also had a special visit from “our man in London” Colin, the marathon man. So named because he used to run marathons. In London, New York, Boston, Las Vegas, San Francisco. He and Iron Man Dan ( who lives close by now) had a great afternoon enjoying the roast pig, villas drinks, and some great stories. Marathon Man fell in love. Jessica. But can you blame him? He came to his senses just before he left to board his Thompson flight for Gatwick. He says he will be back. Maybe for Halloween . Something unique for a Brit since they do not celebrate it in England. Or possibly he will return in June for the World Cup Parties ( FIFA) here at the villas. Any way you look at it we will see you soon.

Well. It is getting close to last call here at Onos and maybe we will go across the street for a pizza before heading back to the villa and the pool.

We hope to see you here soon also for the “adventure of a lifetime”.

WORDS OF WISDOM A wise man who has lived in the islands for many years recently shared a bit of wisdom with me. He called it the 3 F Rule.  He said, “Thomas, always remember, if it flies, floats, or fornicates ( he used another word) it is cheaper to rent it.” My cousin should have remembered that when he bought his last airplane…Before that it was boats. Before that it was trophy women. 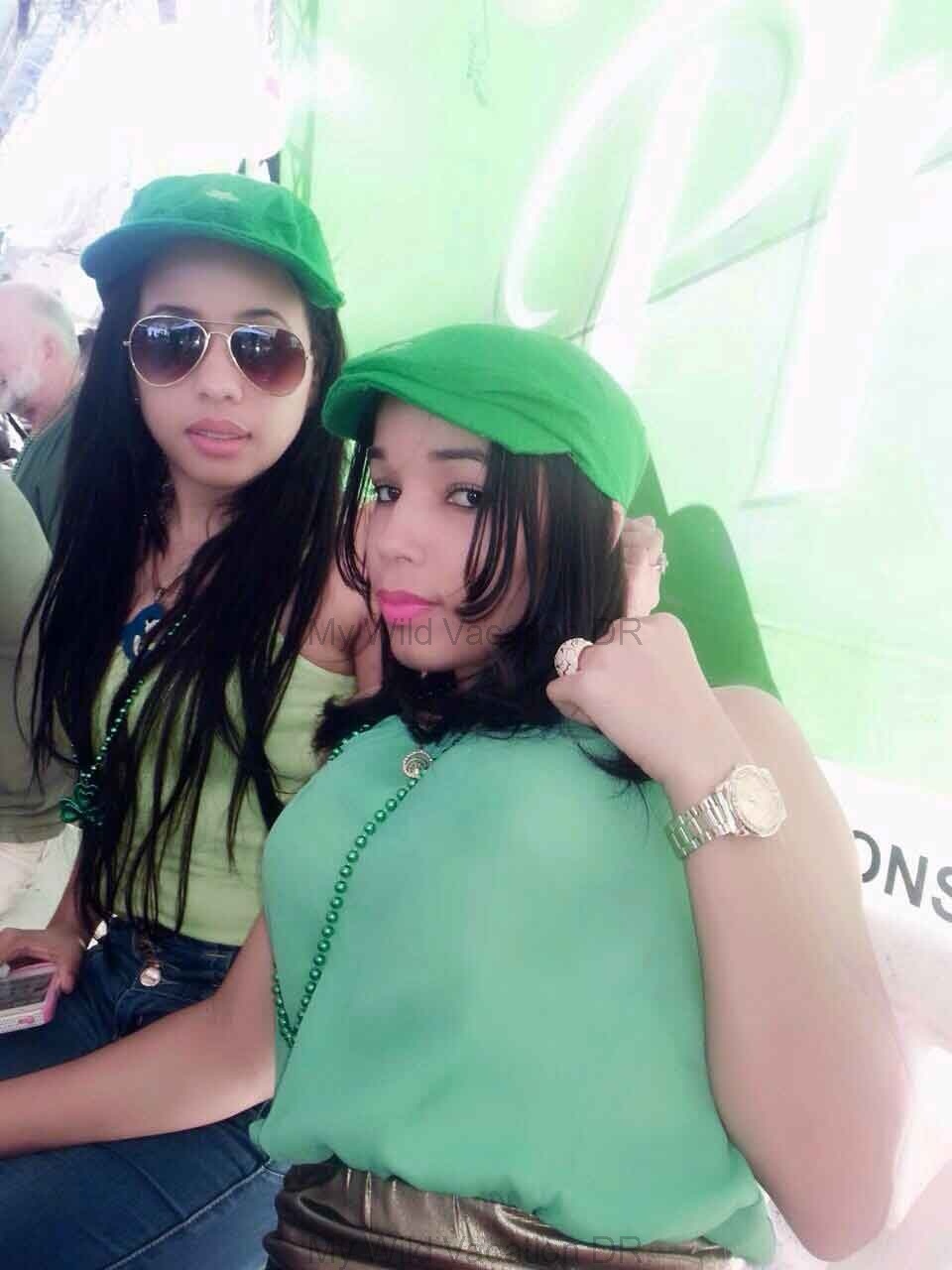