The BIG news for this month is that we have moved into our newly leased SURF RIDER VILLA. Right on the ocean . I can say that is it is without any doubt , the best villa that we have had here on the island. And maybe even the best the BEST including our Margarita Island villas. It will be the perfect venue for us while we build our new 10 suite villa resort on the beach just 5 minutes from here (and a short walk down the beach). The plans have been delivered and we are almost ready to start construction. There are still a few DIRECTORS chairs available for equity investors

The months of August and September have been excellent. The month of September in Margarita Island ten years ago was usually a lazy, slow month . Jut waiting for the winter season to start. But NOT HERE on the island of Hispaniola ( yes that is it’s formal name -just ask Captain Morgan). The surge in activity might have something to do our planning special events here at the villas in those months ( August and September) such as PIRATES WEEK. Or it might have something to do with “ease of access” to our island paradise. We are only a 1.5 hour flight away from Miami. The government is spending money on tourism promotion now with new cruise ships docks opening this month, and ubiquitous Dominican Republic ads everywhere , especially in Canada. 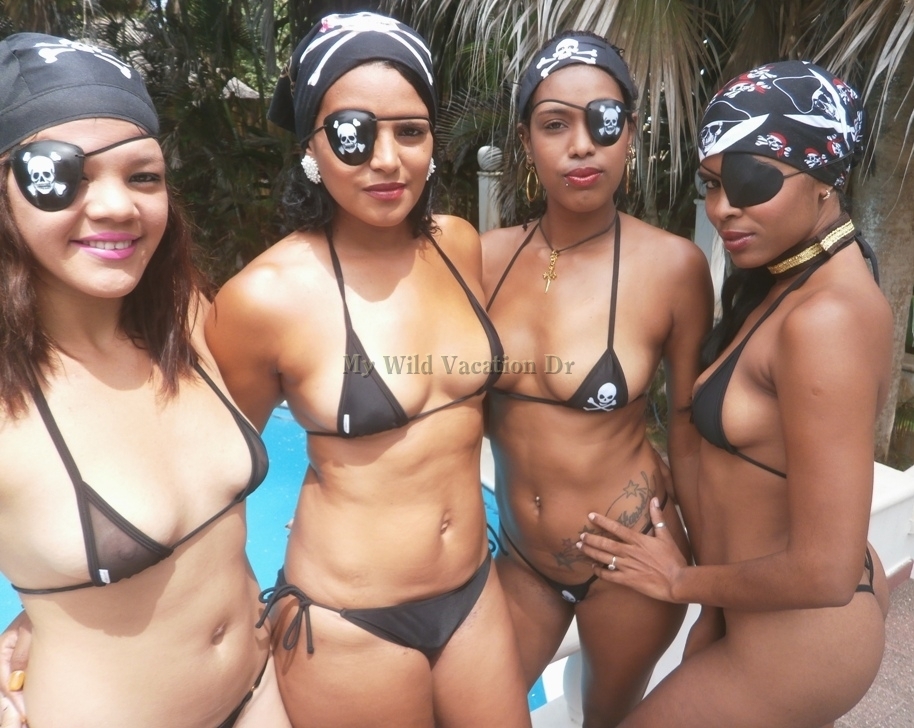 Our Margarita Madness celebration at the end of August was pretty laid back ( as Jimmy Buffet would say ).  But the vibes at the villa really picked up when Iowa Jim and the Boys From Brazil showed up ( a group of four). And it was just a “warm up” for PIRATES WEEKS the first two weeks of September with guest of honor Captain Jack Sparrow and his motley crew. we welcomed ChiTown Steve, the Oso Panda Neyo, Good Wood Elwood, IAN the Old Bull, new guest Profman Andy, Mr Griz Bear (here for his 14th visit to the villas), and guest emeritus and our new villas manager BOMBA. The welcome party consisted of 15 ( yes no kidding) chicas all dressed in their skimpiest bikinis and high heels. PROFMAN Andy’s “deer in the headlights look ” when he walked in was a classic ! What a week for him. He and Bomba became fast friends organizing body painting activities with the girls, human sundaes with whipped cream , syrup and sprinkles, and a few pole dancing and Strip tease contests on our party patio. Then there were the naked pool parties and BJ contests. PROFMAN took to the villas like a duck takes to water. He was invited by BOMBA to become the third amigo in the notorious “THREE AMIGOS “. Bomba , Pica, and Profman. The 3 amigos ride again !

ChiTown Steve discovered there are many more “spinners” in the villas than just Bee Bee. He stayed pretty busy with the three flacas, Bee Bee, Claudia, and Angelica. The three together probably do not weigh more than one of our normal guests. He and NEYO ( one of our new directors) were supposed to play golf a couple of times that week. But they were distracted……No golf but lots of talk about cleaning balls and straight putters.

Good Wood ELWOOD was here again. To see a particular lady that he has been tele communicating with. Not such a good idea . He said that he spent the equivalent of one vacation on WESTERN UNIONS to her even before his trip started. But he still insisted that he wanted to bring her to the villas with him. You know the saying ” Why would anyone want to take sand to the beach ? “. Well , it took him only two days to figure it out. He fell out of love with her, and fell into lust with many of the other chicas at the villa that week. She packed her bag and left post haste. NOW. he just needs to teach a couple of other guests the lessons learned on this trip ( i.e. Mitch and Don ) . But just as the words leave my mouth , we have another guest ( a newbee ) who fell in love and is coming back to the villas next month to propose. A matrimonial agency we are not, but love sometimes conquers all reason. The best advice is talk to Indiana before you take the leap. She is the VERY BEST person to ask for advice. 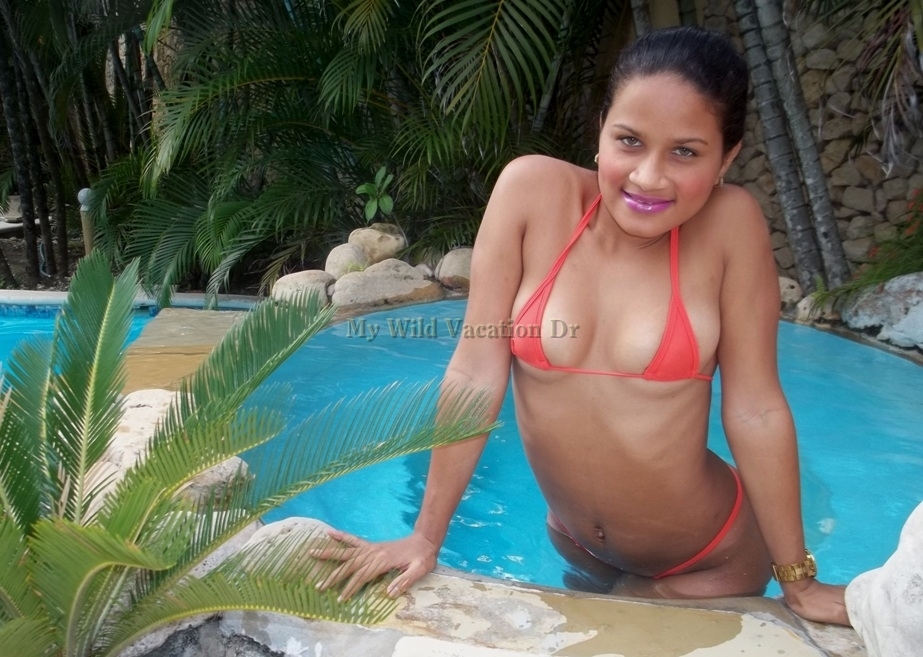 Hey, I almost forget to expound a little on IAN’s ( the Old Bull) arrival and gifts. He brought ten new tanga G string, postage stamp size bikinis. The girls were so excited that they had to try them on right away and model them for us. Instant <TANGA> PARTY ! Thanks again <IAN> for the gift that keeps on giving. Amazing that this guy travels to Thailand and Singapore for his business but vacations here with us. Sort of like “Maracucho Craig” who owns a villa in Cabo San Lucas but vacations here !

Also in the month of September we welcomed newbees BIG WHEELS Ken, The HORSE WHISPERER Patrick, the BIRTHDAY BOYS ( two brothers with the same birthday) P.W. and R.W. big fighting Irish fans, and also DAIRY KING F.J. promising to bring back a group of friends.

All in all , another excellent September. So, as the weather chills where you are, we hope that your plans will include a vacation with us this winter.

It is time for that swim and maybe some body surfing. 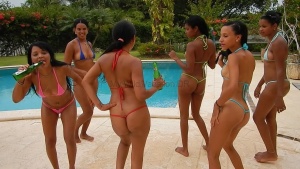 A Trip To Wilsons Bar and Restaurant
541 views