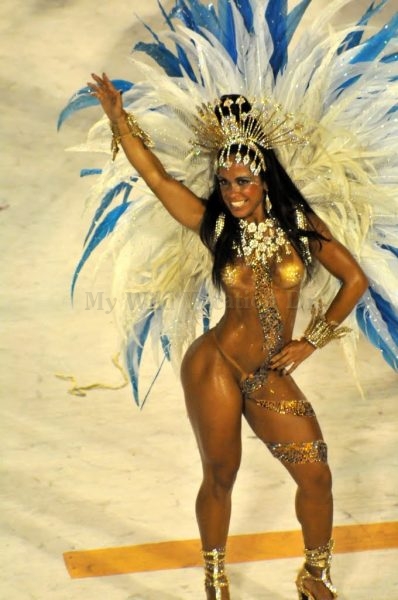 I have just listened to , for the 500th time , the major network news account of the RYAN LOCHTE ? USA SWIMMERS story of their experience in Rio.

“I over exaggerated the story “. says Lochte again and again. Perhaps. OK. Yes. But consider the circumstances.

Medal winning USA swimmers go out one night to celebrate in Rio. Undisputably the party capital of the world. What “normal” male in his right mind would travel to Rio de Janiero , Brazil and NOT find an excuse to go out and party ?

But something went awry when LOCHTE and his buddies were returniing to their hotel at 3 AM. They needed to pee so they told their taxi driver ( no one drinking and driving here ) to pull into a gas station. OK. They got out to find that the bathrooms were locked. But, not speaking Portugeuse, they did not know how to ask the security guards to unlock them. Instaed , they did what any half inibriated guys would do in an emergency. They urinated in the grass outside the gas station. No big deal, so far. But LOCHTE , on his way back to the taxi, saw a small sign in Portugeuse that he wanted to take home as a ” souvevir ” . Small mistake . But still a mistake . Then , going back to the taxi, one of the security uniformed security guards showed his badge and pointed a gun at LOCHTE. And probably said in PORTUGEUSE ” Stay where you are until the police arrive …”

The guard was thinking “Gringo tourist, misdemeanor crime but let’s make it into something . He is a tourist, he is not from here, and he has LOTS of money.” Let’s wait until the real police show up. They can diffuse the situation and clear everything up…… Right? Hmmmmm. We’ll see. NOTE that the small sign never leaves the premises.

So LOCHTE is thinking , ” I have never had a loaded gun in my face. This is serious. I could die here. And looking at the badge, , the uniform, and the gun , he doesn’t know if these guys are really any kind of police or NOT. They could be off duty police moonlighting, or they could be private “rent a cops ” as they say abroad. If you travel at all , especially in latin america, you know that there are armed guards EVERYWHERE that money is exchanged hands. Super markets, gas stations, banks, pharmacies. . It is not that there are robberies every 5 minutes. It is just that the presence of armed security discourages the “bad guys” .

WELL after a wait, the Brazilain Police show up and take Lochte and friends to the police station “for questioning ” . The questioning consists of “asking” LOCHTE and friends for $40,000 USD to release them and return their passports. WHAT ? The police finally agree to accept $10,000 USD. If that happened to a foreign athlete in a small town in Georgia, it would be a diplomatic storm . HUGE.

When LOCHTE and his friends finally arrive at their hotel they are understandably shaken. Returning after curfew, guns pointed at us, taken to a police station, shaken down for $10,000 ( did we do the right thing by paying them and not calling the American Embassy ?) What do we say to our coaches ? Where do we start ?

But when the US Press gets a hold of it the next morning . No time for investigative reporting. Let’s just take this and run with it. So it becomes

” BAD BOY ATHLETES IN RIO . THE UGLY AMERICANS . ” The US Press fails to investigate and talk about all of the facts. Just the “facts” that support their story about a scandal.

You know, I can identify with LOCHTE and his friends here. I have owned and operated my ocean front villas in Margarita Island Venezuela for more than a decade. And I have seen and experienced “shake downs” targeting foreign businesses and tourists. In my experience , being a gringo, , I was charged $1500 for a occupancy permit . A Venezuelan would pay $500 for a small B and B or hotel. But that wasn’t bad for me . I paid it. THEN a few years later , in 2008 the Chavista Federales thinking in petro dollars deanded that I pay $45,000. WHAT ? I dug in my heels and said NO.

And I closed the villas. . Basically the Venezuela government had “kicked to the curb” 18 families ( or more ) that recieved benfits from working at our villas.

So, I can see what a reporter from NBC NEWS can NOT see. And what the average US Joe who has never travled abroad can ot see.

Anyone that was watching the Miss Universe competition had to be shocked by the final 5 minutes when the master of ceremonies with much fanfare read out the name of the winner . Miss Colombia.
Not a surprise since Colombia is usually in the top five finalists every year. Well. The reigning

Miss Universe from last year ( also from Colombia ) came on stage and placed the crown on the head of Miss Colombia. She received her bouquet of flowers and posed for the customary winners photos.

But then, Steve Harvey ( I kept asking the whole show , Who is this clown ? And where did HE come from ?}

Who we find his claim to fame is the moderator on a show called Family Feud, cuts in and says ” We ( I ) have made a big mistake . the winner is Miss Philippines .” Everyones jaw dropped , and most thought that this must be a joke. . BUT NO . He had misread his cue cards WELL ….the former Miss Universe came out on stage and lifted the crown off of the head of a stunned and embarrassed Miss Colombia, who thought that she had won, and then placed the crown on the head of Miss Phillipines. Steve Harvey apologized and said “Human Error. I made a mistake.” Hey Mr Harvey. All you have to do is READ the cards correctly. It’s not rocket science ! Donald Trump ( former owner of the pageant) , although not known for being a wise man said , ” This never should have happened. But they should have had co winners. ” I agree.

Then in another incident in a sporting event , The New England Patriots came from behind to tie a Sunday afternoon game. So there was a coin toss to determine who would get the ball first in overtime. Well. the New England player ( Slater) out on the field won the coin toss. When asked by the referee what his team would choose to start the overtime , to kick or ( obviously the best choice ) to receive and start on offense with the first chance to score. Well , he looked to his sideline and apparently “PULLED A STEVE HARVEY” and elected to give the ball first to the opposing team, the New York Jets. Who then scored on the second play and won the game…A STEVE HARVEY MOMENT.

Can’t even read a cue card right. Say what ? A new lexicon for us all A STEVE HARVEY.

” Sunday night ( December 20) the MISS UNIVERSE Pageant will be televised. It is the Super Bowl of events in almost all Latin American countries. And three countries usually finish in the top selections. Colombia, Venezuela, and Dominican Republic. The odds on favorite ( yes many people here bet on it) this year is Miss Dominican Republic. Her name (Google it) is Clarissa Molina. She is drop dead gorgeous ! Check out the show. Many bars will be overflowing Sunday night with people watching and betting on the results. “

A well known “womens group” has publicly criticized the PARTY CITY stores for “sexualizing” Halloween costumes. Oh yea ? Kudos to PARTY CITY. We will be looking for 25 to 30 VERY sexy Halloween costumes for the chicas at our villas party. Maybe in combination with Fredericks of Hollywood and Victoria’s Secret lingerie. Party on ! 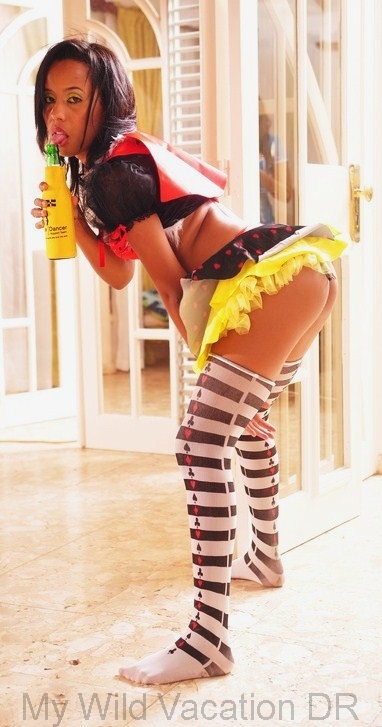 be opening October 15, 2015 with the arrival of the first cruise ship from CARNAVAL

CRUISE LINES. This will be a huge boost for any tourism related business in the area.

Starting OCT 31, 2015 The ship Carnival Victory will only be there for around 8 hours on the 5 day Eastern CARIBBEAN out of Miami

Starting OCT 11, 2015 The ship Carnival Fantasy The 7 day Cruise out of Charleston, SC will only be there for around 8 hours