My Wild Vacation Discussion Board

Welcome to My Wild Vacation - The place for open-minded people, where all of your dreams can come true.

I vow to never again let a month go by without keeping a daily journal of activities at the villas. You could call it my " Cliff's Notes ". LOL

I can truly sympathize with our guests that have trouble recalling their weeks here to, afterwards , write a trip report. So much happens

so quickly that it is all just a blur. I can remember the main events but so much is lost in my foggy memory of the day to day interchange

among guests ( and girls ) and me. There are so many jokes, stories, and funny things that happen and go unrecorded.

I once had a guest at our villas here in the DR who told me , " Magnum, you have enough great material here every week to write a best selling

novel, or a script for a funny and sexy movie or a reality show on TV. " And this was coming from a movie script writer. He worked on all of

the Pirates of the Caribbean movies. No kidding. 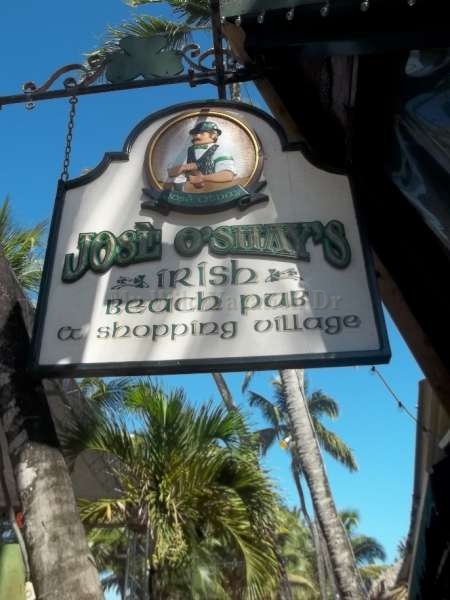 And to begin our newsletter, I have to mention Senior Swankey, a So Cal / Malibu Movie Mogul ( Topanga Canyon ) . He was here at the

Thanks Swankey , for the photos ( truly artistic), and the poignant vignettes about the villas experience.


Matt ( the Pump) was here in March ( 3 visits in 6 months). And , in case you were wondering, the word for pump in Spanish is Bomba. So could

we have two Bombas at the villas ? What ? Well the original Bomba also showed up here that week. And he and Matt organized a trip to

SAMANA BAY with 5 girls, to watch the Humpback Whales at play. ( NOTE 80% of the Atlantic Ocean Humpback Whale population comes to

the DR to spend the months of February and March ). It was a great excursion ! And a great week. Between those two guys you are always just

a breath away from a naked pool party. 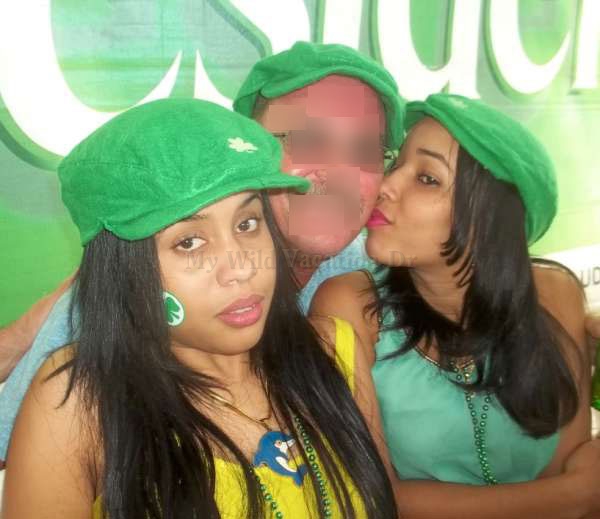 Don was also here that week. " Crocodile Don D " had the girls all worked up even before he arrived , by sending them a Valentines gift of red roses

and a card that said " Red roses and kisses to all of my beautiful ladies . Let's get naked ! "

is called Papi Chulo by the girls at the villas ). Elwood had his own private 6 girl BJ contest in the pool while everyone else was out whale watching.

Elwood could also have the nick name " Mr Ed " . Do you remember the TV show about the talking horse Mr Ed ? Certain parts of Elwoods anatomy

lend themselves well to the moniker.. Also here I should say that both Don ( 65 ) and Elwood (72 ) are the "poster boys" for the villas when it comes to

prospective guests that are thinking about coming to the villas and write to us asking " Am I too old for the villas at 55 years old ? " Our ideal guests

are between 40 and 60 . But the younger guys can also come and have a great time as well. 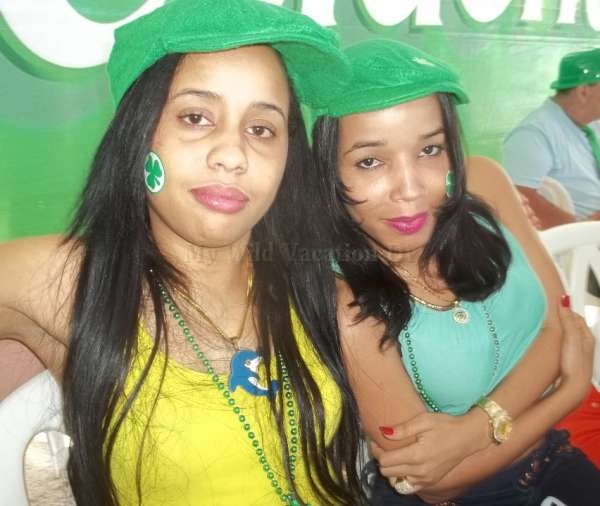 St Patrick's Day ( March 17) was celebrated here with the traditional excursion to Cabarete Beach and JOSE O'SHAY'S IRISH PUB. What a great party !

With green beer, accordian and bagpipe muisc and cloggers dancing ( ala River Walk ) on stage. Even though the pub advertises that " Topless women

drink free " I did not see any nudity. I can't believe that Fatima drank 5 beers and did not take her clothes off ! ( she is more comfortable without clothes


April began the very first day with a no show. "No Show Nick" . You don't know what you are missing Nick. But all of that was soon forgotten with the arrivals

was here for his 4th visit in 5 months . Hey Mitch, how is retirement ? Don't we all wish that we could retire like that. It is great to have you here again .

I hear that there was a 3 AM sighting of Teddy K. ( you know the guy from THAT family). I know that he is no longer with us, but he may still be among us..

Someone told me that they saw him in the pool at 3 AM with 3 naked chicas at the famous Cabarete Villa that bears his name . We rented it for "Mitch Week ". 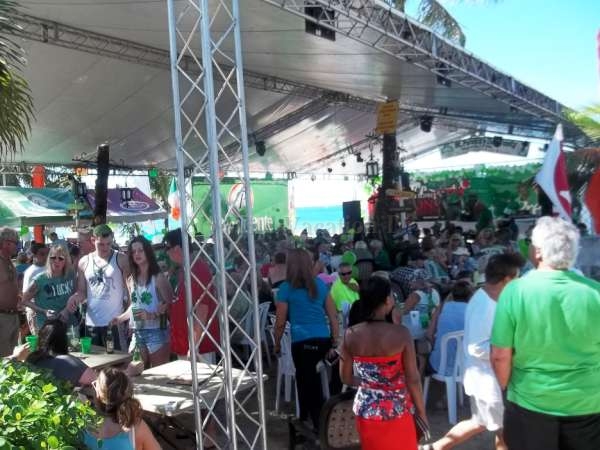 But we still have not seen Bill Clinton, although there are news reports of his being here on the island. We are all brothers from different mothers . Aren't we ?

And no matter what your "station" in life , we all deserve a little play time.


Wood Eye was here . And solo for a few days, so we suggested that he choose two chicas to stay with him and let the others go home for a break.. He thought

about it carefully. And he chose two smokin hot chicas that also play well together. He chose well Carolina and Albania . What a pair ! They put him on a

strict schedule of 6 throws or pardees each day. Remember now, that the ages of those two combined are not equal to Wood Eye's 64 years. And they

thought that he would "surrender" in a day or two. But Wood Eye is a deceptively virile 64 years young . And it was the girls that were thinking about running

up th red flag before he even got warmed up. . TABERNAC ! I think that Iceberg Vodka ( from Newfoundland) has some aphrodisiac qualities. And you know,

there are some medical experts that claim that male pattern baldness is a result of excessive testosterone levels. Wood Eye qualifies for a medical study. 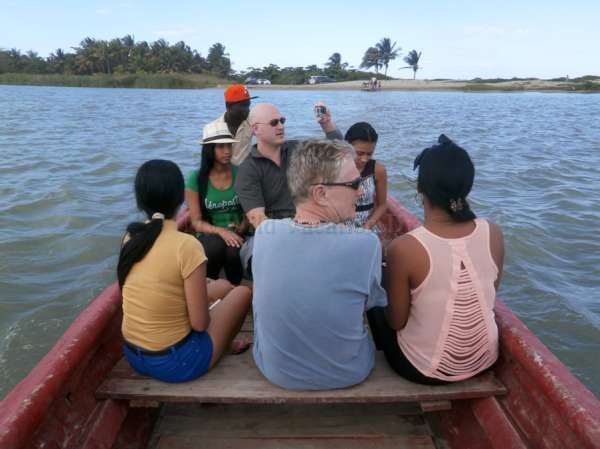 record . With 6 chicas ! Congrats Big Russ. You are now in the record books.


ADDITIONAL NEWS FROM THE VILLAS Before we close out this newsletter we need to inform you of some other current villas news.


1) Wilson's Castaways Bar at La Boca was "castaway" . Completely washed away by recent river high water and flooding. But he has now completely

rebuilt . We were there just the other day to enjoy those famous Coco Locos and Pian Coladas served in hollowed out pineapples. And the boiled crabs,

grilled prawns and fried fish were better than ever. YUMMMM. 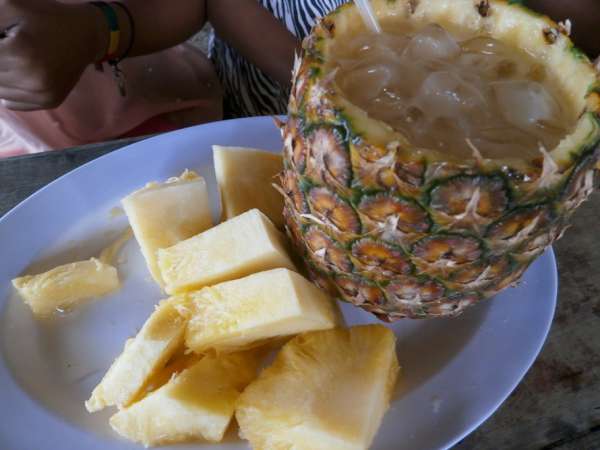 2) Three time girl of the month , little Ellie and her husband Ed have a new baby boy. and the little bruiser looks just like Ed. Elle is one of 59 girls from

our villas that have either been engaged or married to our guests. Not intentional. But love sometimes surplants lust.

3) And then there is a recent marriage to report. It took us all by surprise. Alabania was married to LaVern ( USA ) in a Sosua ceremony on April 23 .

No, friends . We can't take credit for this one.

4) And also in March, our good friend and longtime villas frequent flyer ( 22 visits) Rollie the Rocket was married to his newfound love interest. Her name

is Carolina and she is from Medellin, Colombia. This is the first marriage for Rollie. The rocket , now working in insurance, used to be a professional tennis

player on the European Circuit. Rollie took his time ( always good advice ) . He is 55 this year..


5) And we have some exciting news about a new beachfront MWV villa. But we want time to inform our long time repeat and loyal guests about it first.


6) We are pleased to announce that Bomba has accepted our offer and will be our new Villa Manager. What a great addition to MWV.

Well everyone. That about wraps it up for this month's news.

We hope to see you here soon. The months of May (birthday month), June ( GFE month), and July are all looking like gret months to be here at the villas.

MAY IS BIRTHDAY MONTH ! 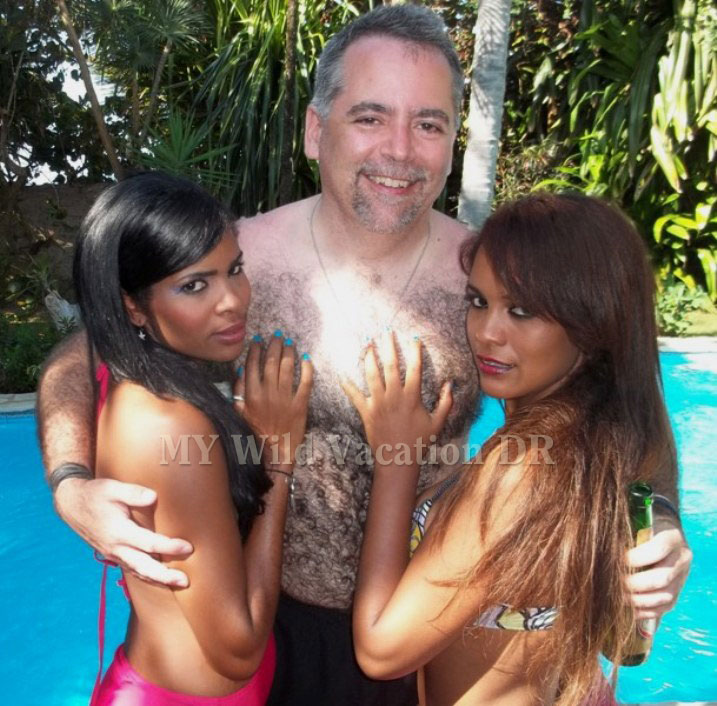 The month of May we are celebrating six birthdays.And " Bomba Week" is May 17 to 23 "
"If You Are Looking For A Party This Is the Place To Be"

Is It Pardee Time At The Villa